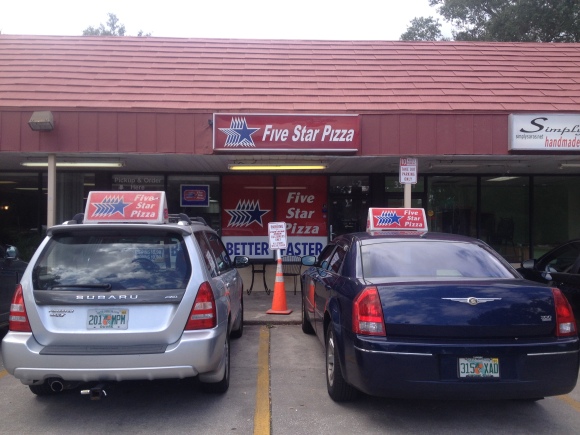 On a recent trip to Jacksonville I drove home though Murray Hill.  The neighborhood is home to one of my favorite ice cream spots, Dreamette. As I enjoyed the delightfulness that is a banana split in a cup I decided I needed something with more substance and made the short drive to Five Star Pizza located at 3325 Plymouth Street.

Five Star is a Florida based chain with fifteen stores sprinkled around the state.  The Westside shop is in a semi-shady strip mall.  I parked the car and walked towards the front door.  Unknown to me, this location of Five Star Pizza is a carry-out only, and does not allow patrons to enter the inside of the restaurant.  I made my way to a small window and was greeted by a smiling worker.  I ordered a large pepperoni pizza for a little over ten bucks and was told the pie would be brought to my car when it was ready. 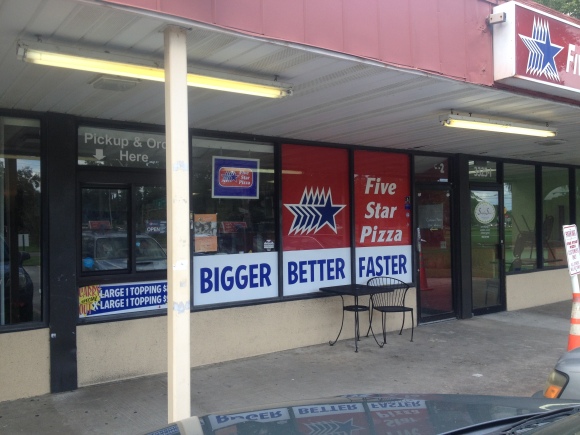 I passed the fifteen minutes it took to bake my pizza playing on the phone and listening to terrible local Jacksonville sports radio.  Eventually, the same girl who took my order brought the pizza to my car.  I decided to have a slice before getting on the road and popped open the box top.

Inside I discovered a  large pizza topped with an ample amount of pepperoni. I grabbed a slice and took a bite. The crust was chewy, but the sauce lacked any real flavor. Cheese generously topped the slice and the pepperoni had a nice flavor. 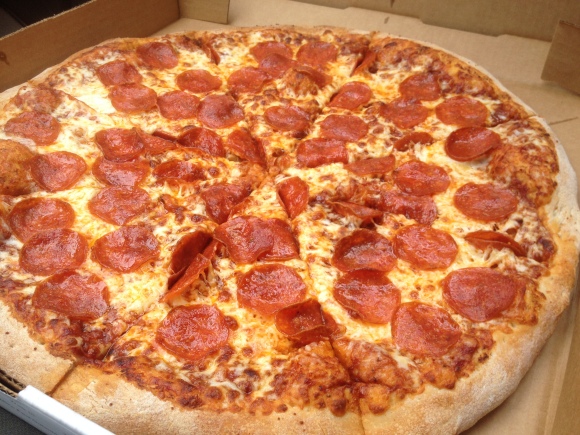